Jasmin Onus graduated from JCU in 2011 with a Bachelor of Business-Bachelor of Laws. With her Bindal and Gunditjmara families’ passionate elders who advocated for land rights and social justice over the decades, one could say that law is in her blood.

She’s currently working as a solicitor at the Northern Land Council in the Northern Territory and is part of establishing an Indigenous Legal Network for Indigenous lawyers in the Territory.

JCU: What does social justice mean to you?

JO: Social justice means having equality across the board for all people regardless of race, gender, or economic status.

JCU: Is there a number one social justice priority that’s close to you?

JO: The work I do and my interests are in relation to the status of Indigenous people, be it in health, education, the life expectancy statistics, or rates of incarceration. There’s quite a disparity between Indigenous Australians and non-Indigenous Australians so trying to rectify the disparity  between  our people in all of those different facets is something I’m passionate about.

I work in the Native Title and land rights landscape which directly correlates to people, their economic conditions and their health, as well as their general position in life. It’s something close to me that we advocate for and on behalf of, Indigenous people’s rights in the Northern Territory. 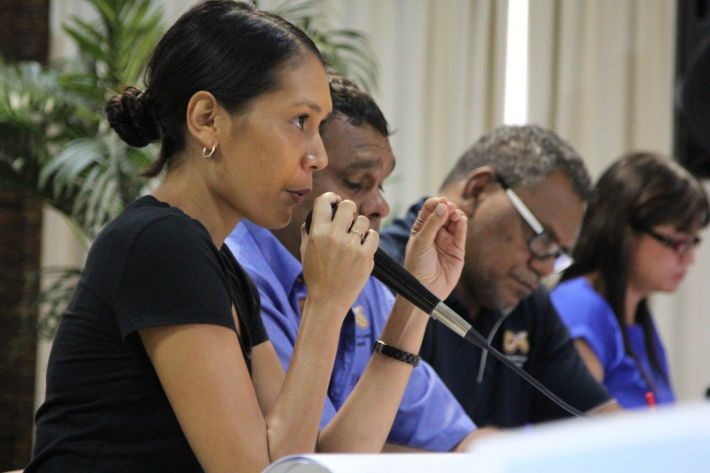 JCU: Tell me about your work. Do you have a typical day?

JO: We represent traditional owners and Aboriginal people in the top end of the Territory within the Aboriginal Land Rights and Native Title Act frameworks. We negotiate agreements on behalf of Aboriginal people with non-Indigenous entities; private companies, Territory, Commonwealth and Local governments. We settle land claims and native title claims, we advocate on various different policies that affect Aboriginal people so it’s not always land-based matters. We discuss a range of matters affecting Aboriginal people, from sacred sites to water rights, and when the Intervention was first implemented, we lodged various submissions in relation to that. There’s a broad spectrum of matters that we engage in the Territory through the Land Council.

JCU: Do you feel that this work relates to social justice?

JO: I definitely believe it relates to social justice. At times, Aboriginal people struggle to have a voice at all different levels of government and on policies that impact Indigenous people. The Land Council is really important in that we have a council of approximately 50 representatives from  across  the different communities in the Top End who form a really strong, united voice on behalf of Aboriginal people in that area. Governments take the Land Council quite seriously because we endeavour to represent and advocate for Aboriginal people in the region and I think it has a role to play in  meeting  the social justice aspirations of our countrymen up here. JCU: Why did you choose to study law? Is this why?

JO: Definitely. Both sides of my family from North Queensland and South-Western Victoria have always historically been quite active in the advancement of our people’s rights and the social justice movement. Their work goes back decades back before land rights and native title rights were acknowledged  in  Australian law, before discussions of constitutional recognition etc. My granddad in Townsville was part of establishing the first Townsville Aboriginal Tribal Council, back when he was alive. My aunt in Victoria had gone to the High Court against quite a large mining company to fight for Gunditjmara rights and recognition of our traditional rights before traditional rights had even been provided for in legislation. Both of my families’ backgrounds in struggles and involvement in the community was certainly a major drive for me to study law.

JCU: It sounds like law is in your blood

JO: I’d say that, yes. My maternal grandfather from Townsville, his name was Archie Smallwood, he had aspirations to be a lawyer but back in that day and age it was quite difficult for Aboriginal men to obtain tertiary qualifications and achieve their aspirations, so it’s quite ironic  that  I went down the same avenue that he had wanted to study.

JCU: Do you have any hobbies which follow a social justice theme?

JO: I’ve been involved with several different organisations outside of my professional work environment. Oxfam has an Indigenous peoples program and I was involved in their Change Course program as a mentor to Indigenous youth. I was a part of a committee within the Healing Foundation, which was established out of Kevin Rudd’s Apology to the Stolen Generation, where I was providing input as a young person around the discussion of intergenerational trauma.

Currently I’m part of an informal committee to establish a Northern Territory Indigenous Law Network, a law society for Indigenous lawyers. That will be focussed on really being a network for Indigenous legal professionals; lawyers, law students, people who work in the justice domain. 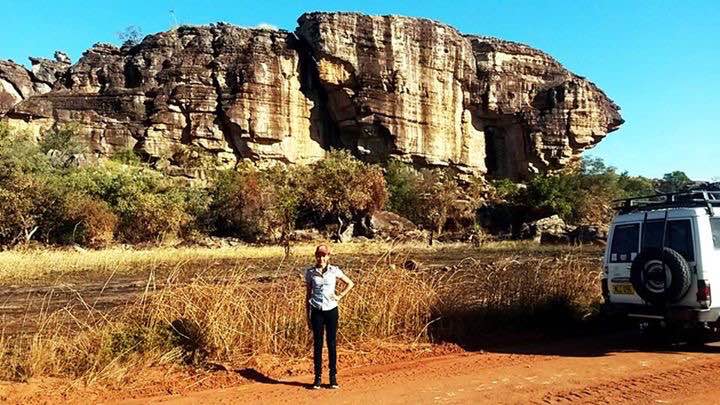 JO: I’ve been asking myself that lately. My passion is certainly working with Aboriginal people. I guess I didn’t study law to work for a private firm with a focus on billing people. I definitely realised from working here what my passion is and whatever I do next I’m sure it will have  a  similar focus in that I want to work with Indigenous people or advocating for Indigenous people in some capacity.

JCU: Any advice for secondary school students thinking of getting into law?

JO: Look at something you’re either passionate about, good at and are really interested in and go from there when deciding what to study and whether to study. University can be difficult and with a lot of the pressures that we face  at times as Indigenous students such as family  and  cultural obligations, work and study, the only thing that will get you through a degree is if you’re truly interested and passionate about the degree and content.

Also, take advantage of all the different support mechanisms that are there for Indigenous students; the Indigenous support staff at the University, scholarships and internships, develop opportunities – don’t limit yourself. A lot of the time we as Indigenous people get told by society that  we’re  only limited to certain jobs or certain careers or certain achievements but as we’ve seen in recent times we’ve got a lot of doctors, dentists, teachers, lawyers who are Indigenous and they’re excelling in their field as well.

James Cook University offers a Bachelor of Laws, which can also be studies as a joint degree with Arts, Science or Business.