After working as a National Park Ranger for six years and witnessing the damage caused by poaching and agricultural expansion to one of Africa’s oldest rainforests, Robinson Diotoh Orume took conservation into his own hands by establishing Korup Rainforest Conservation Society in 2009. Robinson is living proof that one person can make a big difference.

Like many villagers born and raised near the Korup Rainforest in Cameroon, Robinson was educated and inspired at a young age about the natural resources around him.

“When I was a child, there was a big project aimed at managing the Korup National Park,” he says. “As part of this, they had a conservation education program running in my school, where they organise quizzes and lessons about the environment and nature.”

This early start would see him move on to complete a degree in Environmental Science, and then progress his skills by becoming a volunteer ranger for Cameroon’s Ministry of Forestry in 2003. After three years of service he would become a permanent employee, but shortly after this, everything would change.

“In 2009, I witnessed something very tragic,” he says. “As a ranger, part of our job is to carry out patrols in the Park. Sometimes we go out into communities to create awareness about the use of natural resources, but we are also law enforcers in that space.”

He continues, “We arrested a man who was poaching in the Park. He had become very angry and attempted to shoot one of the other rangers. Trying to defend themselves, they reacted and shot him in the leg in an attempt to neutralise him and prevent injury to others.”

This single incident became the catalyst for an extreme turn of events. With many villagers having witnessed what happened, they formed mobs to retaliate.

“They went into the Park looking for rangers to kill and they destroyed hundreds of thousands of dollars of infrastructure built in past decades. Everything was burnt to the ground within a day,” he explains.

Shortly afterwards, a meeting was held with WWF’s group in Cameroon. They organised a conflict resolution workshop to help improve the villagers’ perception and support for the rainforest. It was this workshop that inspired Robinson to make a change.

“During these consultative talks, the main thing that people were saying was the absence of any benefits from the existence of the Park, as well as a lack of communication,” he says. “I thought that if we could mobilise ourselves into a determined group and get the appropriate training and skills to engage in economic opportunities, that this would create jobs, empower locals and surely generate more conservation support from the area.”

The first thing Robinson did was set up a meeting to express his idea to a small group of likeminded local people. They started the Korup Rainforest Conservation Society with four members and an annual budget of $50, which has since grown to about 100 members worldwide, funding more than 20-30 short to medium-term conservation jobs to trained locals, with a budget of about $20,000 in the last four years. 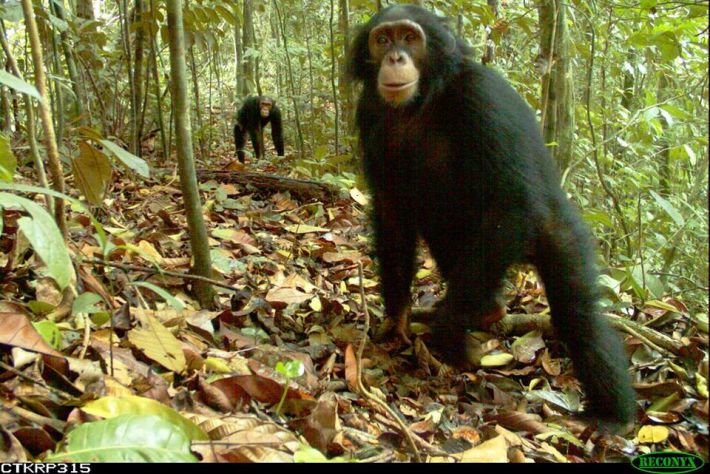 “The problem we’re facing now is that most of the projects we run with our partners are always short-term. When they finish, most of the local people involved become jobless,” he explains. “These projects give them a salary to take care of basic needs. When a project ends, they are tempted to return to illegal poaching, and it’s very difficult to tell them not to hunt for their family’s livelihood.”

Looking to find a solution to this, Robinson returned to study. He completed a course in Uganda before receiving a scholarship to study a conservation diploma at Oxford University.

Most recently, he was offered a scholarship to study at Cambridge University, but instead chose to complete a Master’s degree in Protected Area Management from James Cook University on a DFAT Australian Awards scholarship, where he was also able to take courses in leadership and business management.

“Priority number one when I return to Cameroon is to see how much stronger I can make our organisation, transferring my skills to my team to ensure that we are participating in the management of our resources. I want to see how much support the Park is getting from the local community and how they’re benefitting from that,” he says. “What I have learnt over the past 10 years is that we need to take conservation to a new level in terms of innovation, branding, marketing and ensuring sustainability of our products and interventions.”

Hitting the ground running, Robinson is currently working with collaborators from Australia and around the world to achieve his conservation and livelihood improvement goals. One such initiative is to establish a scholarship program for young girls in these communities, a program which he intends on naming ‘CHICS’ (Chimpanzee Conservation Scholarships).

“We have a lot of kids dropping out of school, and illiteracy is a big problem in the area, especially with women” he explains. “If a woman becomes educated, the household has a completely different dynamic, which will secure a brighter future for our communities.”

Commenting on what drives him, Robinson reveals that passion is key.

“Financial gains are completely out of the question, but it’s the passion that makes me do what I do,” he says. “Passion has inspired all of our other members and attracted all our partners and support. With passion we’ve been able to deliver projects with very little or no resources. It’s my demonstrated passion that’s earnt all my scholarships.”

He concludes, “I’m very excited to return home to put everything I’ve learnt into practise. Ultimately, I just want to gain more knowledge and skills to make a bigger positive contribution to the organisation and to my community.”

If you are interested in learning more about the Korup Rainforest Conservation Society or making a donation, visit korup-conservation.org or check out their Facebook page.

JCU offers a Master of Science with a range of majors.