Newsroom Are you a foodie?

Are you a foodie?

Are you a foodie? 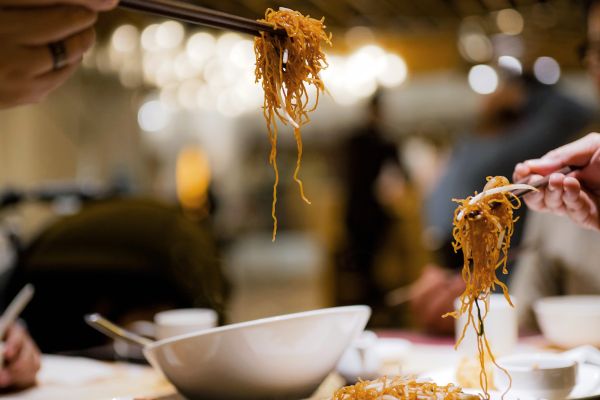 “I have a confession to make. Many of my students and colleagues know me as a psychologist. But quite honestly, if I were not a psychologist, I would be a food historian,” revealed Dr Chan Kai Qin, Senior Lecturer in Psychology at James Cook University in Singapore, during his Three Minute Thesis (3MT) presentation, which won both the Academic/Research Staff category and the People’s Choice category.

Indeed, Dr Chan has a deep love for cooking which grew during his time as a PhD student in the Netherlands, where he cooked practically every meal, and would occasionally have friends and colleagues of various nationalities taste his cooking as well. This led to him becoming the de facto person cooking at the department barbecue. He even organised a cooking competition within his department!

“The dish (for the competition) was fried bee hoon (rice vermicelli), which is one of the most underappreciated, difficult dish to get right,” Dr Chan points out. He also professes his fondness for thinking about food, and even his ability to describe food with vivid vocabulary.

Sounds like he’s quite the foodie, doesn’t it? Not quite.

Despite his strong relationship with food, Dr Chan explains that he’s never felt like he was a foodie because he’s not very adventurous with food. His quest to uncover the truth of what defines a foodie, and whether he was one, spearheaded his research.

This research involved interviewing restaurant owners, café owners, food bloggers, chefs, and other people who love food. What’s more, hours of food-related television programmes were combed through, and several books and interviews with celebrity chefs were read. It even expanded to visiting the website of the CIA — the Culinary Institute of America.

Common opinion agreed that a foodie:

Taking these features into account, a number of questions that measured these qualities were crafted and sent out to hundreds of people.

“I think what's really important in my research is that we finally have a term that is accurate to identify what a foodie is,” Dr Chan shared. “For example, some people might think a foodie is someone who is overweight because s/he ‘loves to eat’. This relationship between BMI and foodie personality is conceivable, but what is believable is not necessarily true.”

He continued, “From our data, it turns out that people who score high on foodie personality are not any more likely to be overweight than those who score low to normal. If we did not develop a robust measure of a foodie personality, we would have erroneously associated a foodie as obese.”

In fact, the findings suggest that the typical foodie:

Dr Chan adds that his research also has wider implications on how we can better understand societies. After all, why do some countries have such a strong “food culture” while others don’t?

“Think about it this way: Within a country, if there is a large number of people searching for the perfect meal (aka ‘foodie’), this might actually drive local businesses to be more competitive — not so much from the dollars-and-sense perspective, but in terms of the quality of food,” said Dr Chan.

For further information on Psychology programs and areas of research strength in Psychology at James Cook University in Singapore, view our booklet here.