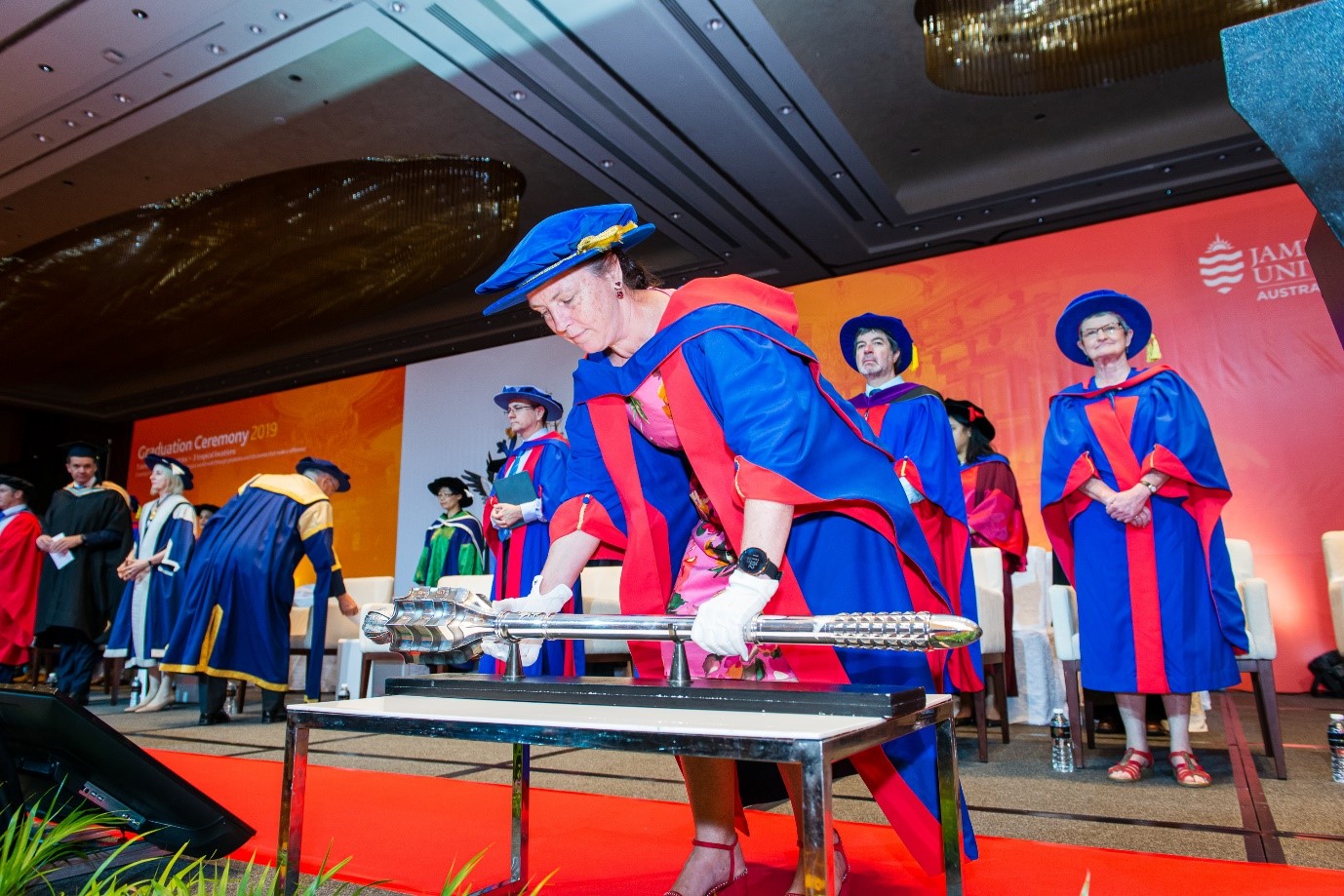 James Cook University (JCU) is revealing an array of rare and precious artefacts, including original manuscripts and artworks, pulled from the JCU Library Special Collections, over the course of the year to celebrate the University’s 50th anniversary. The revelation is planned to culminate in an exhibition of the artefacts – at the Perc Tucker Regional Gallery in Townsville, Queensland, Australia – in late October 2020.

One of these artefacts is the JCU Ceremonial Mace. The Mace is nearly a metre long and is made from sterling silver. It incorporates traditional heraldic symbolism along with more localised and place-based symbolism of the Queensland kapok pod and the Pineapple Nulla Nulla, or fighting stick, to acknowledge the local Indigenous people of North Queensland.

However, the JCU Ceremonial Mace also plays a very important role in relation to the Singapore campus of James Cook University.

Dr Denise Dillon, Associate Dean of Research and Research Education at James Cook University in Singapore, said, “The 50 Treasures initiative helps us celebrate the 50th anniversary of our University’s establishment, so all of our JCU alumni have this as an important part of their JCU connection. As a university for the tropics, JCU celebrates in particular our connection to place, both regionally in Australia and geographically in our locations in the tropical zones both below and above the equator. The Mace is a very real connection between our campuses, as it is an important feature of each and every graduation ceremony since 1991 – including our Singapore ceremonies since 2013 – and hence this item symbolises the unity amongst all JCU alumni.”

The JCU Ceremonial Mace has travelled across campuses in a shockproof case, whenever graduation ceremonies are held. This has included arrangements for three flights to our Singapore ceremonies each year.

Ultimately, the unity between campuses that the JCU Ceremonial Mace represents is proof that the graduates in Singapore are connected to their Australian University roots, especially at the most important (and pleasurable) of ceremonies to mark their transition from student to graduate.

Find out more about the JCU Ceremonial Mace here.